I'm a writer—I tear words screaming from the nothingness then weave them into raw emotion.

I'm a game designer—I conjure new physics into being from naught but a smattering of numbers.

I'm a creative—there are no boxes.

This site highlights examples of my work. Reach out if you want to collaborate.

©2021 Mathew Reuther | Template by Bootstrapious.com & ported to Hugo by Kishan B

The first ever RPG developed for a Pixar property, Quests of Yore: Barley’s Edition was concieved of as representing Barley’s well-loved copy of the game from the ONWARD film. 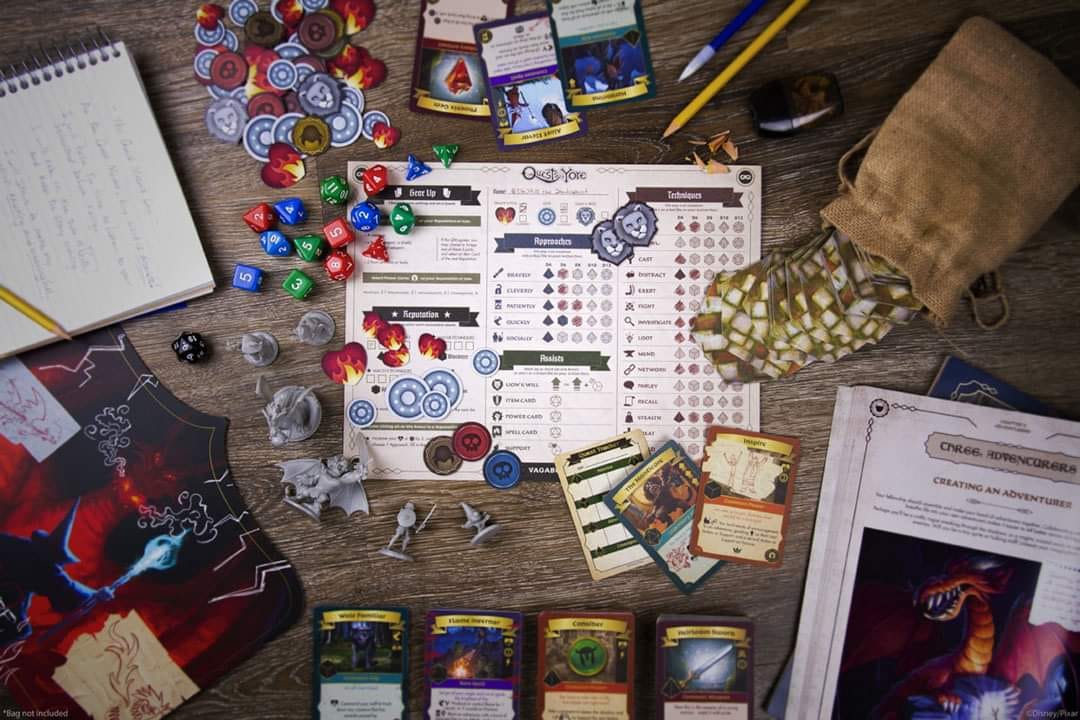 As game designer and writer, I was tasked with not only bringing a game that looked similar to the in-movie version to life, but also crafting an experience which “felt” like a Pixar story. I worked closely with game developer Pat Marino to bring the filmmakers (Dan Scanlon and Kori Rae) and the Quest Trust at Pixar a product they could be proud to have inspired.

The fantastic nature of the Lands of Yore gave us the opportunity to really dig in and create a phenomenal RPG-in-a-Box experience. In a way you cannot with just a roleplaying game sold as a book, we worked to create a whole experience for players. The composite below shows how we melded cards, miniatures, color-coded dice, and chipboard to craft something truly unique. 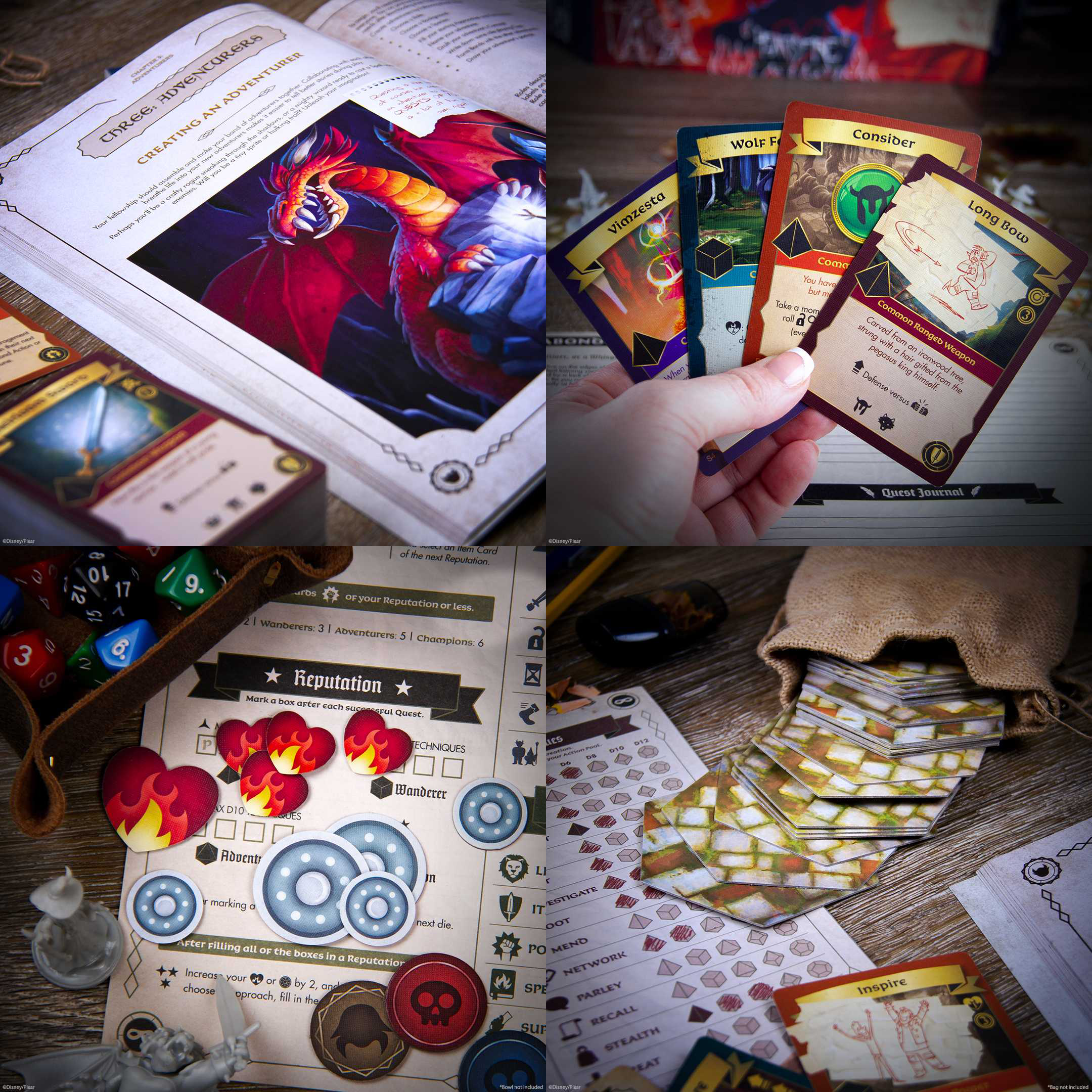 The mechanics and introduction to play have been lauded by roleplaying industry veterans and newcomers alike. This game successfully brings a full roleplaying game experience to the table in a package that is accessible to families while being deep enough for veteran gamers. With top-notch graphic design and production values, it’s a must-play experience.

A focus on ensuring those absolutely new to this type of role-playing adventure game would be able to enjoy it led me to design the streamlined, intuitive mechanics at the heart of the game. In the composite image below, you can see how easy it is to take action: 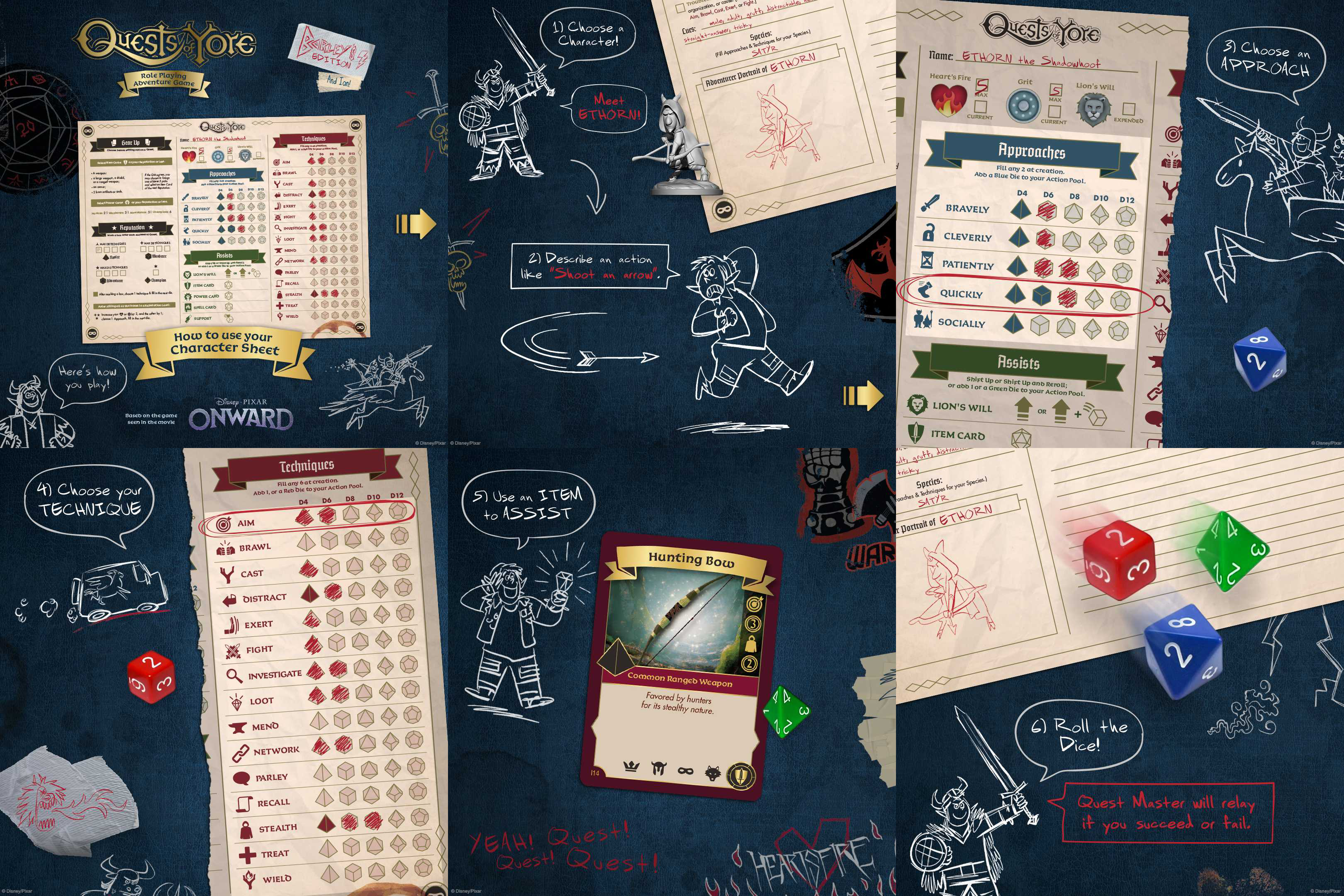 While it’s early in the game’s lifecycle, response has been very positive. The game sold out and needed an immediate reprint, which is always encouraging. Hopefully folks in our world will be able to enjoy Quests of Yore as much as Barley and Ian have in theirs!

In the following “making of” video, you can get a look at what it took to put together this once-in-a-lifetime project.

If you’d rather see a bunch of goofballs making a mess of learning how to be adventurers, check out Hyper RPG’s playthrough of the Prologue Quest:

Quests of Yore: Barley’s Edition has been nominated for a 2021 Toy & Game International Innovation Award (TAGIE) in the category Most Innovative Licensed Product.